The 76 GHz band (wavelength of 0.39 cm) along with the 47 GHz band are both new here. The designs have a high degree of resemblance, yet the wave-guides are smaller and the power level is obviously lower. We proceeded the same way with building the transvertors as we did with those for 47 GHz. This means that the universal board by DF6VB is controlled by the TCXO. The unit that is placed behind it is designed by DC0DA and is followed by the duralumin (hard aluminum) slot designed by DB6NT with a multiplier unit and a mixer. This time, the opening is made by the circular wave-guide with an outlet of 2.6 mm in diameter. It is possible to continue here with a circular wave-guide (a pipe with the inner diameter of the mentioned 2.6 mm) or a rectangular wave-guide R740 or even R620. The schematic diagram is depicted in the following picture:

After adjusting the spectrum analyzer at DB6NT’s place, we made a few tests, the last one of which was made to overcome a distance of several hundred meters. The next day, OK1UFL and I managed to carry out the testing back in the Krkonose Mts (the Giant Mts.) using the SSB mode and stretched the distance between the two stations up to several kilometers. 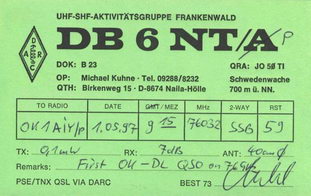 It was interesting to compare the test results between the two bands, i.e. the 76 GHz and the 47 GHz band, whereby both tests were made simultaneously. It became more than apparent that with this simple set-up, it is not possible to engage in any DX activity whatsoever. With the minute power output of a few microwatts and the omnipresent losses associated with propagation conditions, our 13-kilometer contact we have made is the best DX so far. Before a valid contact can be successfully made, there is a set of certain unknowns that must be eliminated, and thus we were bound to develop an appropriate methodology to proceed systematically in order to achieve the desired outcome. More information on this has already been published in the AMA Magazine in the June 1998 and October 1998 edition. 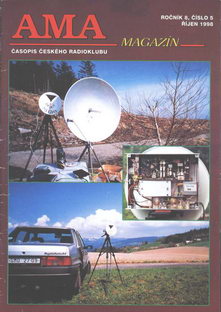 The following photographs show the first trial testing that we had done. As a matter of fact, nothing on the equipment has changed in the past 9 years. 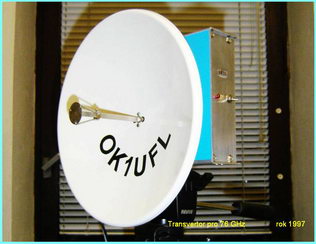 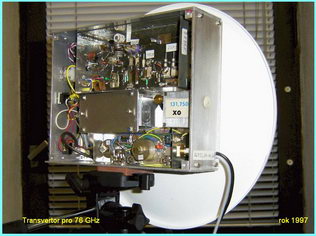 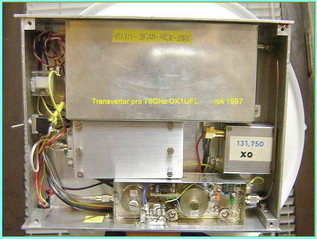 Another transverter was built by Milan OK1JHM: 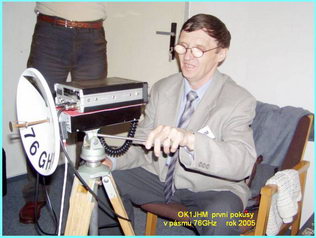 A substantial improvement was brought about by attaching an optical device (a telescope used for precision targeting on rifles) to the parabola. This step enabled us to control the direction of the parabolic dish with much greater precision. This approach is useful on the condition that there is a reasonable level of visibility as opposed to good visibility, which cannot be relied upon. For this reason, it is much more convenient to make contacts on this band during the daylight hours rather than the night-time. 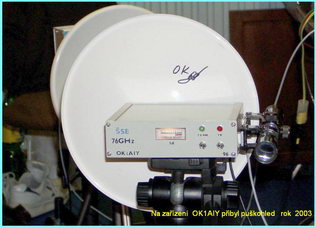 From this moment on, contacts were successfully made in every contest. 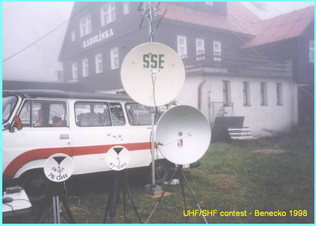 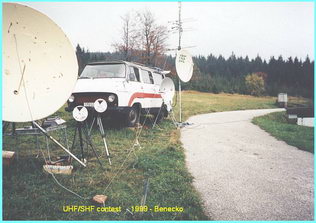 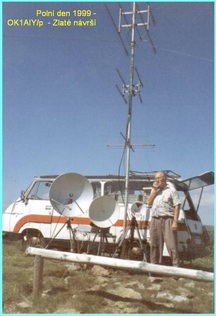 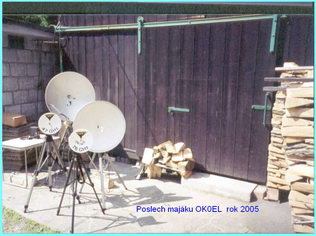